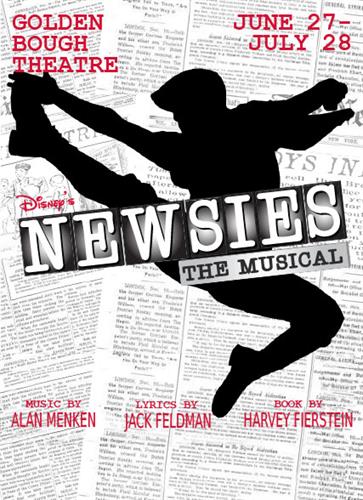 Newsies, the Musical!
by Harvey Fierstein
Based on the film by Bob Tzudiker and Noni White

Stop the presses! Disney's Newsies takes the stage! Adapted from the Disney film, New York City's newsboys seize the day when they strike against unfair working conditions. Experience the Tony-Award winning musical that's thrilled audiences on Broadway and across the country.